Hello, everyone!  It's been quite a year and this is LONG overdue!  I set myself up for a little challenge this past August (10th to be exact) and decided to make a Boston Terrier Birthday Cake for my then Fiance, Mike.  This may not sound so challenging to you cake makers out there BUUUT he only likes STORE BOUGHT CAKE.  That includes ICING.  This is QUITE the challenge for an at home baker and also the biggest slap in the face.    Yes, it's easy and also tasty but I am constantly asking him to just TRY a cake from scratch.  He loves my other baked goodies... I guess you love what you know.

To make this cake I literally just decided to WING it.  I do this often and I fail... A LOT.  This time... It worked (at least I think so).  It helped that my muse was begging at my feet the ENTIRE time so I ws able to look down and go off of Oliver's face (my boston terrier) when I needed to. 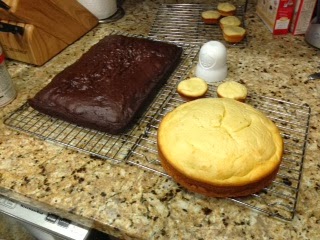 As you can see  I actually baked 1 chocolate sheet cake, 1 vanilla round, and some  vanilla cupcakes as well from the same batch.  It was just Mike and I celebrating his birthday so I didn't feel the need to make the cake any larger.  Otherwise, I would have made 2 sheet cakes to build up off of.  You'll see what I mean later.  These cakes are completely cooled. 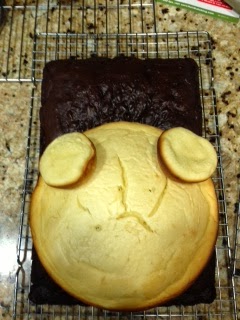 Now that I have my basic shapes I need to think about how this is going to look like MAH DAWG!  Where do I cut?  What do I leave? It's pretty simple. 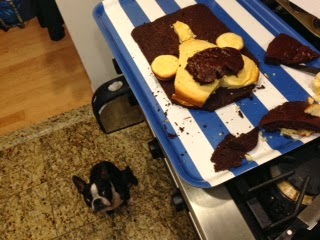 Here's Oliver posing/begging.  See how I cut the circle?  I then took a part of it and pieced it up the head just like on Oliver.  I made sure that Any part that would be WHITE ICING was made with Yellow Cake (the store literally had NO WHITE CAKE... Seriously.)  See how it's not perfect?  I'm cool with that.  My dog is weird looking so the cake should be too.  Right about now though I was a little worried because I thought the cake looked like a bear. 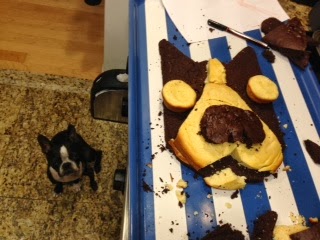 After some fretting... I drank some wine, cut out the ears, scaled down the head, and slapped in a mouth. Oliver just sat there.  For the Nose I drew a template on paper, cut it out, then traced around it with a sharp knife.  BOOM, Done. 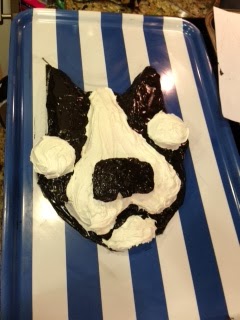 When icing the cake remember you can always throw it in the fridge for a few minutes to make it not so melty and runny.  I didn't buy enough chocolate icing (ANNOYING) so I had to use all of my black and some other colors to create that black you see there to the white icing.  To make it all stretch a little further I did put them into my mixer which fluffed them and doubled the amount in each container.

Here I used piping bags for the details on his face.  For the "Happy Birthday" and the bone up top... Yeah, that little disaster... I had run out of everything.  I had some of those ready write gel tube  things that I had never used... I gave them a whirl.  They really bite the big one.  I found that microwaving them in increments helped to get things going but I threw them out immediately after this. 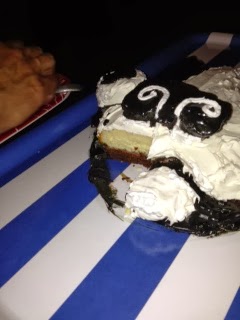 My dog is missing some face! See... You could do more layers underneath!  Yes, Mike ate the entire thing.  So not fair.

I didn't use Duncan Hines cake.  I have used this recipe many times from Cake Central.  It's what I used for the beer pong cake and the ear cake as well.  It always does the trick.  The difference with those cakes is that I am able to use buttercream and fondant....

My blogs should start coming more regularly now that I am a married woman... No wedding planning to get in the way!  If you would like to see what I did for my wedding and or some ideas check out kakiewedding.com
Posted by Unknown at Sunday, October 20, 2013 No comments: 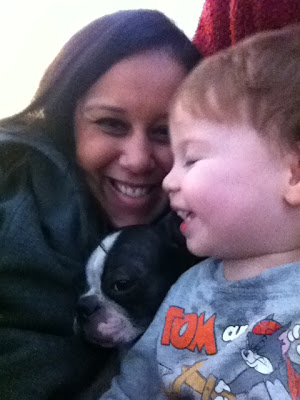 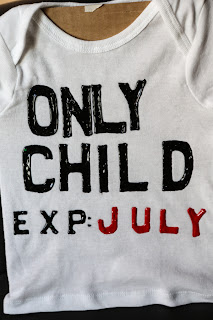 MEET MINI MURMAN!  This is Owen!  My adorable nephew that said "Ol-ver"  before he said many other words.  Owen is my oldest brother Will's son  and he is 18 months old.  He is in for a big shock.  In July he going to become a BIG BROTHER!  As Will knows...Sisters are amazing.  Will and I have a brother Angus that just doesn't do much for the family dynamic (JUST KIDDING THAT'S MY TEST TO SEE IF YOU ACTUALLY READ THIS, ANGUS.  I DON'T THINK YOU DO).

My SISTER IN-IN-LAW & BRIDESMAID  Tracie randomly texted me this picture  and requested that I make Owen a shirt like this.  I attempted to back out.  The last time I used puffy paint I was in second grade and I hated it.  It was such a pain and my shirt looked stupid and my mom made me wear it anyway.  I hated wearing it to school and the colors I chose clashed.  Stupid Kate.   Anyway, I finally came around and agreed and I am happy that I did because the eventual end result is so much better than this picture!  No offense (if anyone knows this source please let me know and I will credit them with the idea).

THE FIRST THING TO THINK ABOUT BEFORE YOU START THIS PROJECT IS HOW MUCH TIME YOU HAVE.  HOW MUCH DO YOU LOVE THIS PERSON?  THE SHIRT I AM SHOWING YOU HOW TO MAKE TOOK ME A TOTAL OF TWELVE, YES, TWELVE HOURS TO MAKE.    That is being kind with time.  I probably spent more than that if  you add in the time it took me to go and get the supplies.  I had to go to 3 different stores to find the shirts.  You must also keep in mind that I am of the crafty persuasion.   If this is something newer to you it may take you even longer.  Just something to be noted.  If you are a beginner you will be able to take on this project  but it will take you time.

4.  FINE TIP SHARPIES IN THE COLORS OF YOUR PUFFY PAINT

6. Cardboard cut to size of shirt.

**One of my puffy paint bottles had clumps in it so I had to constantly shake it and push a pin into it to break up the clumps.  I suggest just buying 2 bottles of the same color.  If you do not use the second bottle you can just return it. 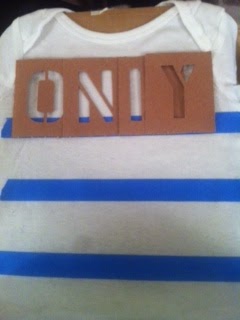 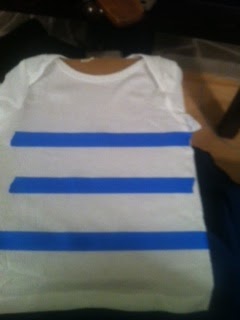 2. Now that you have all of the spacing figured out. Trace the stencils onto your shirt.  Once this is finished you can remove the stencils. 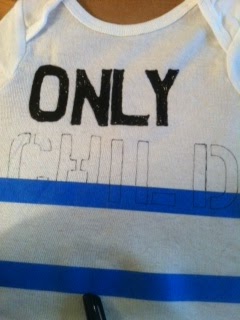 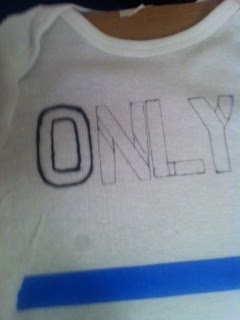 3.  Begin by outlining the outline of the letter first and then fill it in.  I found it handy to squeeze the bottle away from the shirt first and then approach the letters with the bottle ready to write.  This also reduced the risk of splattering onto my shirt.  If you do splatter paint onto your shirt DO NOT WIPE IT.  If there are little beads of splatter allow them to fully dry.  The next day you can just pluck them off with tweezers. (tweezers are like puffy paint's eraser) 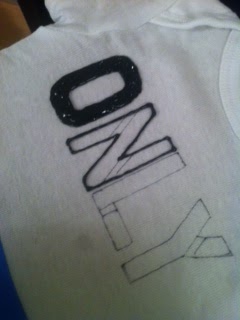 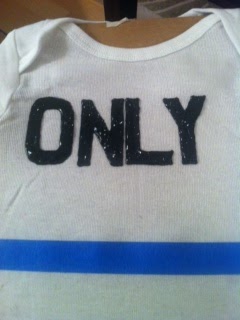 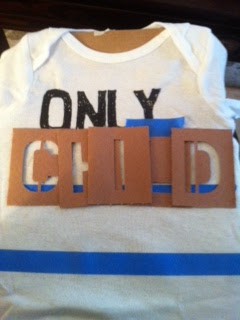 TAKE NOTE HERE  I WAITED UNTIL THE LETTERS WERE COMPLETELY DRY BETWEEN ROWS!
IF YOU TRY TO DO THE ENTIRE SHIRT AT ONCE YOU WILL SMUDGE A LETTER SOMEWHERE. 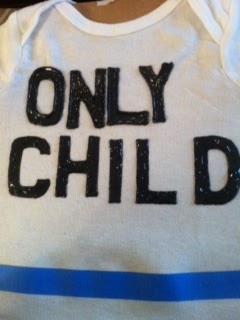 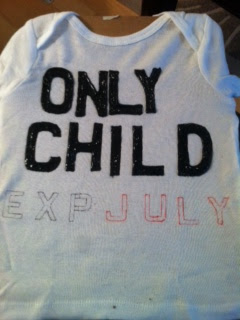 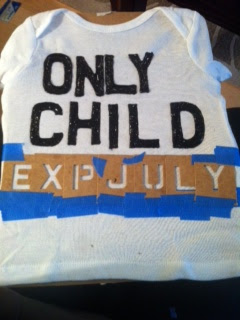 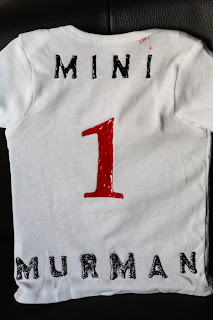 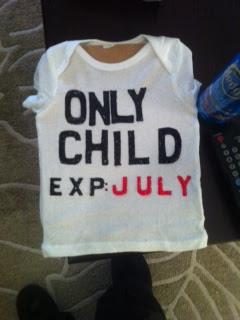 4. Finish it off!  One Layer gives you a flat painted look like you would get on any t-shirt. I Chose to do a Three layer process as I am an AWESOME AUNTIE!    I also had this vision of Owen tracing his fingers along the letters if I made them more interactive.  I OUTLINED and DID NOT FILL IN the "ONLY" 3 more times.  This means I did a layer and allowed at LEAST A FOUR HOUR DRYING TIME IN BETWEEN EACH APPLICATION.  FOR "CHILD" I did the same thing but made the entire word puffy.  So one word is raised and one word is concave.

DID I LOSE  YOU?  Are you thinking.. there is NO WAY IN HELL I AM DOING THIS?  WHAT'S IT WORTH  TO YOU?  How much would you pay yourself an hour to make this?  What do you make an hour?  Your time is important.  Don't forget... You are reading this because your probably already have child!  Do you have the time to make this?

COST FOR PROJECT FOR YOU TO MAKE:  Approximately $90

I Would like to note that most of you make much more than $6 and hour.  What is your time really worth?  What would you really pay yourself to make this shirt?  Use your hourly wage and the number of hours you think it will take for you to make this shirt.  I am interested to see what you come up with! 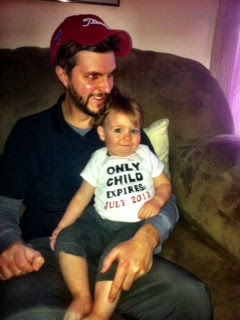 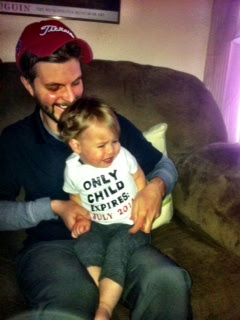 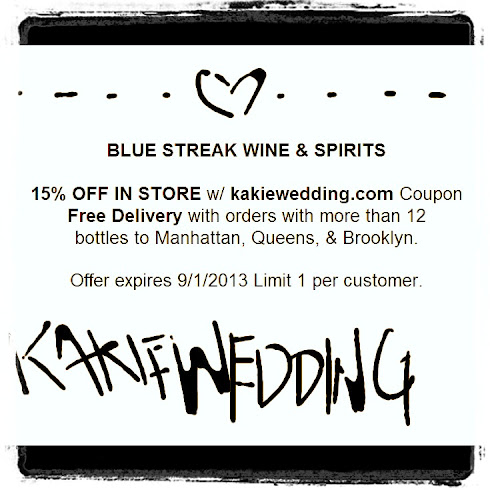 IF YOU SEE A PROJECT THAT I POST AND YOU
WOULD LIKE FOR IT TO BE ADAPTED PLEASE CONTACT ME. (Adapting can mean that I can make it physically easier to manipulate OR I can make it easier for you to teach to someone with a disability). I make no promises but I feel that everyone should be included in activities! It's the KAKIE WAY!